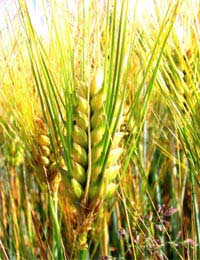 With all of the controversy around genetically modified (GM) foods, sorting through huge volumes of information can seem like a daunting task. Many members of the public are asking questions about GM foods and they are also raising concerns about the effects these foods may have on their health or the environment. There are different advantages and disadvantages of GM foods, although to what extent they can help or harm humans and the environment is a debatable aspect of this technology.

A proposed benefit of GM foods is that they can potentially produce higher crop yields, which could help by feeding more people in developing countries. They are also cited as more economical, despite the initial higher cost of the seeds. The rationale is that they reduce the need for pesticides and herbicides as well as reducing the manpower needed to successfully grow the crops, which should translate into improved financial gains.

Improved food quality is another benefit associated with GM foods. A tomato, for instance, can be engineered to stay fresher for longer, thereby extending its shelf life in the supermarket.

Yet another benefit that is believed to occur from GM technology is that crops can be engineered to withstand weather fluctuations and extremes. This means that they can provide sufficient yields and quality despite a severe, poor weather season.

Another benefit is that GM foods can be engineered to have a high content of a specific nutrient that is lacking in the diet of a local population group. The vitamin A rich 'golden rice' is one example of a GM food that has been engineered to have high levels of a nutrient.

A worrisome issue in GM foods is the ability of a food to trigger an allergy in humans. Some of the genes used in GM technology might be taken from a food that causes allergies in some people. Inserting that gene into another organism could cause the host organism to express that allergen as a trait. Alternately, a new allergen could be produced when genes are mixed across different species.

Another potential downside to GM technology is that other organisms in the ecosystem could be harmed, which would lead to a lower level of biodiversity. By removing one pest that harms the crop, you could be removing a food source for an animal. Also, GM crops could prove toxic to an organism in the environment, leading to reduced numbers or extinction of that organism.

Given that some GM foods are modified using bacteria and viruses, there is a fear that we will see the emergence of new diseases. The threat to human health is a worrisome aspect of GM technology and one that has received a great deal of debate.

Using The Fact Sheet To Make An Informed Choice

There are many other potential benefits and risks to GM foods, which you will likely learn about as you investigate the topic further and decide whether or not you want to support or avoid GM foods and related technology.

Reading a brief fact sheet is a good way to familiarise yourself with the purported benefits and issues related to GM foods. In this way, you can equip yourself with an overview of the knowledge needed to make an informed decision about GM foods and how they will affect your life.

Find out more about GM foods by reading our articles about the Development and History of GM Foods and also find out the Types of Techniques Used to Genetically Modify Food.
Next Page