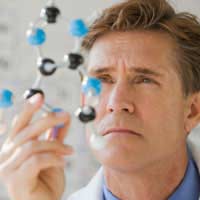 Genetically modified (GM) foods have an interesting history and their development has experienced rapid growth over the last decade. Within all of the history, there has been a great deal of controversy and debate about the benefits and risks of GM foods and the production process. Given the current situation around GM foods, the controversy will likely continue for some time as well.

The Early Days And Development Of GM Foods

In the earlier days of genetically modified foods, tomatoes were the first crop to be genetically engineered and grown commercially. Prior to this commercial production, GM tobacco had been produced over a decade earlier. The GM tomato crop was created to be resistant to the usual rotting and decay of a typical, conventional tomato that is not genetically modified.

Created by a company in the United States called Calgene, the company was permitted to commercially produce the tomatoes in the mid 1990s without any kind of unique labels to indicate their difference from conventional tomatoes. At that time, consumers paid a lot more for the tomatoes – between 2 and 5 times more than the cost of conventional tomatoes. Overall, however, consumers did support the product and it was purchased.

Not too long after, however, Calgene experienced problems relating to its production of the GM tomato and new competition was introduced from another product. At the same time, a variation of Calgene's tomato was used in a tomato paste produced by another company, which ended up being sold in Europe a couple of years later. The product was labelled and priced accordingly, with industry professionals expecting that the consumers in Europe would happily accept and support GM foods.

The Rise Of Controversy Around GM Foods

The expectation would prove to be wrong as a prominent scientist in the United Kingdom (UK) spoke out against GM foods and the development process – speaking out across various media outlets. He had initially been hired to create a safety procedure for GM foods in Europe but during his research, he found that rats had suffered from various physical changes – some precancerous – and he concluded that the actual process of genetic modification led to these changes, rather than the specific inserted gene itself. He made public references to consumers being guinea pigs for this new technology and he expressed great concern about genetic modification techniques.

In response, consumers in Europe were understandably upset and shortly thereafter, a number of food companies all confirmed their commitment to avoiding genetically modified foods. With numerous other consumer health scares unrelated to GM foods occurring over the next decade, consumer mistrust of GM foods only strengthened. Protestors began to rally against companies such as Monsanto, where they criticised the production of GM foods.

Other GM foods soon hit the market – soybeans, cotton and many others. Although GM foods had been more comfortably accepted and produced in the United States, Europeans were still overall not showing support for these foods. Other countries such as India had generally embraced the concept of GM foods and were producing them quite widely.

Future Of GM Foods And Development

Today, GM foods are as controversial as ever, particularly given that a large amount of research studies are conflicting and many have been presented in slanted or exaggerated ways. It is difficult for the consumer to sort through the barrage of conflicting information. When a person does not fully understand a concept and has mixed information, the tendency can also be to want to avoid it entirely. For now though, the best approach is one of education and information, which will allow you to contribute to a safer and more positive future of GM foods.

What are Genetically Modified Foods?
Share Your Story, Join the Discussion or Seek Advice..
[Add a Comment]
I would stop eating GMO foods but lots of tomatoes are GMO and I like pizza
random person - 16-Mar-17 @ 4:11 PM
what year was the tomato genetically modified?
hi - 9-Mar-17 @ 4:51 PM
woah, that was an eye opener. I never thought that it is acctually possible. but what should i expect we're already on the first century . who knows, maybe one day we will be all eating gm foods because of lack of natural resources.
wallflower - 19-Feb-17 @ 2:02 PM
Not all GM foods are " bad friends "to keep around ( to consume ). Although there is a lot on controversy surrounding these guys, with accusations being made... There are some Pros surrounding the complex world of Genetically Engineered Foods, such as scientists genetically engineer seeds for many reasons, for example, They make changes designed to increase a plants: Shelf life ( as mentioned in the article ), tolerance for heat, cold,or drought, to increase crop yield , the list goes on. So, there are some positive properties behind GM foods , as there some negatives. I am not defending GM Foods entirely for there is an equal balance of Pros and Cons as well conflicting stories, I believe it is wrong to falsely label GM foods as a toxicity, for we consume chemicals everyday and the human race is still running strong :) As the barrier of conflicting info rises, we ( as the article also suggests) should digest into more accurate information surrounding the topic of GM foods.
Kaite - 17-Nov-16 @ 7:25 PM
there are some benefits though the crops are helping us also insect resistance.
cristina - 20-May-15 @ 12:55 AM
Lol hello! This is very interesting. I will never buy GM foods again ! I think it is too bad and dangerous.
Mono - 1-Apr-14 @ 3:04 PM
This website was very helpful.I learned more about genetically modified food than I ever imagined that I would.
im-the-man - 27-Mar-11 @ 9:51 PM
Title:
(never shown)
Firstname:
(never shown)
Surname:
(never shown)
Email:
(never shown)
Nickname:
(shown)
Comment:
Validate: