Home > Basics of GM Foods > What are Genetically Modified Foods?

What are Genetically Modified Foods? 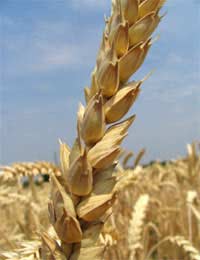 Genetically modified (GM) foods and genetically engineered crops have become a controversial and heated topic over the last several decades, with no likely end to the debate in sight anytime soon. The term itself is used to describe food crops that have been modified through a specific range of techniques, which ultimately give the crops completely new or improved qualities. These qualities could include improved resistance to pests or they may involve increasing the nutritional value of the food.

For some, the concept of a genetically modified food can seem very unusual, primarily because it is seen as meddling with nature. However, the uses are thought to be beneficial to humans for a number of reasons.

By genetically modifying foods, technologists can insert the gene from one organism into another organism that does not normally carry that gene. The organism's genes may be sourced from one or more other organisms, depending on the desired effects. One example is the use of bacteria. If a specific kind of bacteria had a protein that could eliminate the larvae from insects, the use of genes from this bacteria into a crop can mean that the crop has a natural resistance to that insect. In this way, farmers can reduce costs and improve crop yields by handling pests without having to use toxic pesticides and herbicides.

Getting A Sense Of The Controversy Behind Genetically Modified Food

If you consider the struggles of growing crops each year, only to have all of the farmer's hard work destroyed by uncontrollable pests or weather conditions, you can begin to appreciate how some people strongly support the use of genetically modified food. However, the process is not without controversy.

As you read more about the process of genetic modification, you will begin to learn that the consequences are not always positive ones. When changes are made to an organism, the results are not always completely predictable, which in some cases could cause issues to human health or the health of the environment and delicate ecosystem. For instance, there is the potential for allergies to occur when foods are genetically modified.

If you were severely allergic to peanuts and a gene from peanuts was inserted into an apple, you might eat the apple thinking that there is no allergy issue. Yet, you could suffer from a major immunological reaction as a result of the genetic modification.

On the other side of the issue are those who cite global problems such as poverty. By improving the nutritional quality of a food – for instance, increasing a nutrient in a staple food for a specific country – the idea is that micro nutrient deficiencies can be alleviated. In that same light, others believe that instead of genetic modification, we should be focusing on ways to simply improve access to a broad range of nutritious foods.

Issues To Think About

By becoming informed and educated, you can consider all of the different aspects of this issue, which will allow you to make the best political and personal choices regarding the role that genetically modified foods will play in your life.

What are the Most Common GM Foods?
Share Your Story, Join the Discussion or Seek Advice..
still can't decide.. because it has advantages and disadvantages that are still untapped.
RAD - 15-Mar-16 @ 2:20 AM
I only eat GM food, cos im a boss and god will protect me with his never ending love
cccc - 25-May-12 @ 2:50 AM
Title:
(never shown)
Firstname:
(never shown)
Surname:
(never shown)
Email:
(never shown)
Nickname:
(shown)
Comment:
Validate: