Can GM Foods Cause Allergies? 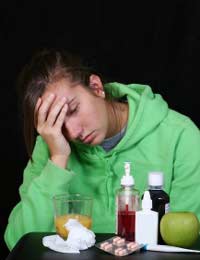 Genetically modified (GM) foods have the potential to cause allergies although this potential is overall considered a low one, especially if the use of foods known to cause allergies is avoided when using genetic modification techniques. However, this aspect of GM foods has been a widely publicised and controversial one, with those opposing GM foods citing that there is no way to ensure allergies will not occur. A concern is that there can be unintended consequences of GM foods, even with previous laboratory testing to assess the safety of these organisms.

What Are Food Allergies?

Food allergies occur when a person's body mistakes a food that is normally harmless to most people – as a threat. In response, that person's body wages an immune attack against what it views as a foreign invader. Food allergies overall affect a small percentage of adults and a greater number of children – with many young people finding that allergies disappear once they enter the adolescent years.

The allergies can show symptoms and signs ranging from skin that reddens to asthma or the more severe anaphylactic shock. The effects of a food allergy can manifest within mere minutes of consuming the offending foodstuff. The vast majority of food allergies occur from foods such as peanuts, soybeans, milk, eggs and some types of seafood.

Unintended effects might occur, where the existing genes in a plant, for instance, are disrupted. When a new gene is inserted, it is not as though you simply add an orange into a bowl of apples. The apples may then change form, which is a simplistic comparison to what can occur when genetic modification is used. The existing genes might be over-expressed or under-expressed. If that host plant has some known allergenic proteins, adding a new gene into the mix could actually cause the proteins to be over-expressed, which means the plant may now be more allergenic.

Fortunately, there are ways to test if a GM food might potentially cause an allergy and affect health and safety. Researchers can view some of the data already available on known allergenic epitopes and the newer sequences of proteins.

They can also look at whether a newer protein is stable in an acidic solution that has digestive enzymes. The reasoning for this is that a food allergen needs to remain intact when it travels through the stomach, which then allows it to trigger an allergic reaction afterwards. In this way, researchers can test if a potential new GM crop will be safe on the market. For instance, one study of a new GM soya showed potential for allergenicity prior to it hitting the market. The soya was developed for animal feed and was created by inserting a gene into the soya that was from the Brazil nut.

In laboratory testing, it was found that this new product could cause allergies in humans – even though it was not meant for human consumption. The product was never brought to the market but it does show the importance of testing a GM product for allergenicity before it becomes available to the market.

On the other side of the concern regarding allergies is the potential for GM foods to actually benefit allergy sufferers. It may seem surprising that genetic modification could result in two such different scenarios, but it's true.

Our use of biotechnology can help crop growers to not only add a new gene to a plant, but they can similarly remove a gene. In this way, a specific allergen could be taken out of the plant, which means that a person who is usually allergic to the food can now safely consume it. The concept is ultimately one of an 'allergen-free' food. A great deal of research is currently ongoing as scientists try to find ways to remove these allergens, particularly in foods that are common allergens – such as peanuts.

While there are no guarantees that a GM food will never cause an allergy, reducing the likelihood of the possibility is a very positive step in the right direction. The controversy around GM foods and their potential for allergies and unintended effects will probably continue as new GM foods are developed and marketed. However, for now it is important that accountability and safety testing are used to keep the food supply as safe as possible.