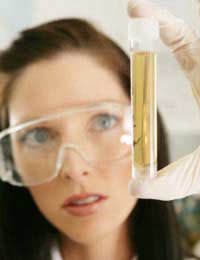 While there is a suggested link between genetically modified (GM) foods and disease or health consequences in humans, the link is still a highly debatable one and tends to refer more to potential than actual evidence of a prior occurrence. Still, the potential is important to investigate because it can mean preventing a disastrous outbreak that may have long-term consequences for human health.

One concern relates to products consumed by humans but meant for animal feed. Sometimes, a crop may be genetically modified to result in an increase in animal productivity. This occurred in the United States when traces were found of a GM crop that had been restricted for animal feed, but located in taco shells. Although there were no reports of illness, the potential still exists for this kind of occurrence to trigger health issues in humans.

Another link that has been suggested is the one between GM foods and allergies in humans. There is the potential for GM foods to trigger newfound allergies in humans and there could be possible toxins that may harm human health. When genes are removed from common allergen foods and placed in other organisms, these could still trigger an allergic reaction in a person. For this reason, gene manipulation from known common allergens is generally discouraged for biotechnology companies.

One of the biggest concerns about GM crops is their potential to trigger disease in humans. Given that some of the GM crops are engineered with DNA from bacteria and viruses, there is a fear that we may have new diseases occurring in humans. With some GM crops having antibiotic-resistant marker genes as well, there is potential to negatively impact human health. Researchers use these marker genes to investigate whether gene manipulation of an organism is successful.

A fear is that antibiotic-resistant genes could somehow be transferred to microbes that are known to cause diseases in humans. With antibiotic resistance already being a huge health issue around the world, any potential to exacerbate the problem has to be thoroughly investigated to ensure that human health is not adversely affected.

On the flip side of fears over GM foods leading to disease in humans, there is also the potential for GM foods to prevent disease. The 'golden rice' that was engineered to have high levels of vitamin A could prevent health conditions related to vitamin A deficiency, such as blindness. Another possibility involves potatoes that are engineered to absorb less fat when a person fries the food. In this way, a popular food that is typically quite harmful to health can be made less harmful. There is also ongoing research into delivering vaccines through GM foods, although there is still a great deal more work to be done before such foods become a reality.

While there is still much we do not know about GM foods and their interactions with other organisms, the environment and humans, we know enough to encourage research and investigation into the potential for harm. Although GM foods are cited as beneficial to human health and quality of life, the possibility that they could also do harm is an important aspect to be considered before approving and producing GM products in a given geographic area.