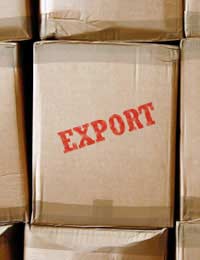 International trade and genetically modified (GM) foods have become a complicated issue in the last decade. In particular, the European Union (EU) has clashed with the United States (US) over how GM foods are regulated. While the US is against these regulations and cites that they are contrary to free trade agreements, the EU believes that free trade can only successfully exist when there is educated and informed consent.

One of the main problems relates to the very different approaches that the US and Europe have to GM foods. Consumer opinion of GM foods in Europe is generally one of wariness and mistrust, where consumers are apprehensive to purchase GM foods as well as demanding labelling of GM products. Concerns about human health and the environment remain at the forefront of consumer issues with GM foods in Europe.

Overall, consumers in the EU want the right to choose whether they consume GM foods, while polls in the US show mixed opinions on GM foods. Although some people in the US do want mandatory labelling, the support for labelling is not as aggressive as it is in the EU.

These different approaches have all led to huge variations in GM food production. The US remains one of the biggest producers and exporters of GM foods while Britain is still at the other end of the scale in terms of GM crops and related food products.

These differences in regulation and public opinion have meant that bringing GM foods into Europe from the US has become a challenging task. Strict regulations and bans in some countries on GM foods has meant that the US has become frustrated with the lack of acceptance, which has threatened trade in the billion dollar agricultural industry.

Exports have continuously declined from the US to the EU, although there are other factors that may have contributed to the decline, such as the recession and general opinions on political aspects of US activities. Overall, however, farmers in the US cite the EU regulations and approach to GM foods as being wholly responsible for the dramatic decline in profit from the international trade of GM foods.

Trust Issues In The EU And US

One key reason cited for the vastly different approaches to GM foods in the US and Europe relates to public trust of the government and similar authorities. In turn, the trust has affected public opinion, government response and the subsequent trade between the US and Europe for GM foods.

In the UK and elsewhere in Europe, there tends to be less faith and trust in the government, which has prompted more demands for labelling. In the US, however, there are pockets of mistrust that exist in the population but overall, there is a greater degree of faith. If a product is determined to be 'safe' and is approved for public consumption, most people in the US will be more likely to accept this as scientific truth in comparison with the EU public.

In response to the EU and its approach to GM foods and international trade, the US government ultimately appealed to the WTO, citing that the EU was in violation of international trade rules. The WTO did initially rule that the EU was too strict in terms of its regulations on GM foods, citing that scientific evidence did not show sufficient risks of GM foods to warrant such long and difficult regulatory processes for approving and importing GM foods.

In many ways, the international trade dispute between Europe and the US represents the impact that public opinion can have on the government and other authorities as well as profit from GM foods. For the UK in particular, much of the regulatory framework was introduced after the public responded to the newly produced GM foods by showing major concerns and reservations about the technology. Hopefully, continued public response will encourage debate and further research to help ensure that the technology and those who contribute to its delivery remain accountable.