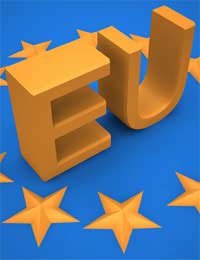 Opinion on genetically modified (GM) foods can vary tremendously from one country to another. In particular, European sentiment is generally an anti-GM food one while in places such as the United States, there is much less opposition to the technology. These differences in opinion have led to some major clashes between countries, with the World Trade Organisation (WTO) having to become involved in some instances.

The widespread public mistrust in Britain and elsewhere in Europe has prompted long-term worries about GM foods and effects on human health and the environment. The government has actually responded to some degree with heavy rules and regulations on GM food production.

These regulations have caused much anger and distress in the United States, where production of GM foods is high. With European imports of GM foods being so strictly monitored and assessed, Europe has been blamed for a huge drop in profits in America.

In fact, a WTO ruling did put Europeans in the 'wrong' in terms of their regulations being far too intense given the abundance of evidence that supposedly supports the safety of GM foods. The result is that Europe has gained a reputation of being anti-GM food, although perhaps rightly so.

One key criticism of Europe is that its strict regulations on GM production are holding back food aid in developing nations. One prominent public figure states that farmers in Africa could be growing ten times more food if they grew GM crops rather than traditional modes of farming.

He believes that the anti-GM sentiment is affecting the health of the populations in these developing countries. Instead, he says that rather than intensify food shortages with excessive GM foods regulations, we should be encouraging their use and playing a major part in their implementation and development.

Loss of Lives: Poverty and Malnutrition

It is thought that hundreds of thousands of lives are potentially lost due to malnutrition and poor food and water practices and access in these countries. The belief is that by using GM foods and related farming practices, this number can be dramatically reduced.

One problem that relates to the impact of these techniques is that Europe is somewhat 'obsessed' with organic products and farming methods. In an area where there is a food surplus, it's one thing to be choosy and embrace organic farming, despite its typically higher pricing and more challenging accessibility, depending on where a person resides.

However, in an area that experiences frequent famine and droughts, there needs to be a technology that provides massive food yields and production. By using GM technology, the idea is that developing nations can become more self-sufficient and less reliant on food aid.

Today, European reputation remains a hard one in terms of the approach and opinion to GM foods – along with regulations. It does, however, seem that to some extent, Europe is being 'forced' to soften its views on GM foods, mainly due to pressure from the United States and other countries who see GM foods as vital for improving the future of farming and issues such as global poverty and malnutrition.