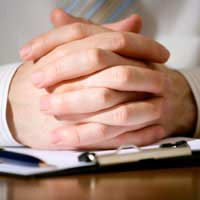 Genetically modified (GM) foods have been enormously controversial but the controversy does not only extend to issues regarding human health and the environment, but also the aspect of corporate power and domination of the food supply.

Given the success of several biotechnology companies, critics have argued that the links between these companies and regulatory agencies have biased the approval process and misled the public. In response, these companies explain that the growth is from the fact they have created a successful product that benefits humans and has the potential to reduce poverty and hunger around the world.

Developing Nations and Reliance on Corporations

One of the key issues regarding GM foods and developing nations has been the balance and shift of power. Arguments against GM foods cite that the use of GM crops and production by developing nations makes these countries more reliant on wealthy nations such as the United States, where successful biotechnology companies have thrived and prospered on the GM food industry. Another argument against GM foods is that they will prevent conventional crops from being grown in developing nations because the seeds tend to end up in other fields where non-GM crops are grown. In this way, it forces reliance on GM seeds and prevents non-GM products from being successfully grown.

Other people support the premise that this is not an issue of corporate power. Instead, GM seeds can improve crop yields and reduce issues with pests and herbicides, which thus allows developing nations to have better quality crops in sufficient quantities to tackle hunger and poverty.

Still, opponents believe that the current genetic engineering industry has caused a huge shift in power towards biotechnology companies. They cite that such companies have gained control over the entire chain of food production and crops, including the farmers who grow the crops.

Biotechnology Companies and Domination of the Food Industry

An important issue that has been repeatedly raised has been the donation of money from enormous, powerful biotechnology companies to various charities and government agencies that fund research and science. Some people see this 'scientifically friendly' image that is portrayed by biotechnology giants as misleading and done to help them receive profit and approval for their products as well as saturate the market. In response, it is argued that these companies are simply being responsible and are providing funds to support an industry that they care deeply about improving and influencing. As with many corporations, money that is given to regulatory committees and those who have a major impact on food safety can be controversial.

A criticism of these kinds of 'alliances' is that it puts the supposedly objective government regulatory agencies in the same league as biotechnology companies, thus rendering their decisions biased in terms of assessing the safety, health effects and environment ramifications of genetically modified products.

Biotechnology companies argue that the process of approving a new product for production remains an onerous and challenging one, that is far from being biased by any funding provided to regulatory agencies.

Balancing the Power of the Biotechnology Field

It does seem that huge amounts of money have been directed to develop the biotechnology industry as a whole but perhaps not enough has been invested to investigate, monitor and study the effects of the industry and related costs and health issues. Hopefully, any imbalance of power within the industry will receive attention. In turn, this can allow for GM foods to be used to whatever positive potential they may hold, while developing countries are respected and enabled to be self-sufficient and responsible to some extent for their production of food.