Home > Other Issues in GM Foods > GM Foods and Fertility 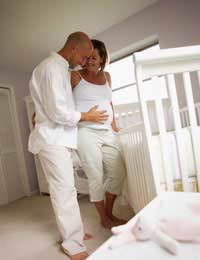 As if genetically modified (GM) foods were not controversial enough, there are now concerns being raised about the potential negative effect on human fertility. This area has recently become widely debated and is fraught with controversy as well as misinformation, assumptions and heated debate.

A new study from late last year found that GM corn was linked up to a possible decline in fertility. The study was conducted in Austria and it was found that when mice were fed GM corn or GM maize, they had reduced birth rates and fewer offspring.

As expected, the results have fuelled significant debate among those who are against GM foods. In particular, calls have been made for all GM foods to be removed from the market due to a potential threat to fertility and health around the world. Given that a great deal of the safety testing on GM foods has been conducted by biotechnology companies, this particular study done at a government level is thought to be more robust.

Questions on Fertility and Safety of GM Foods

However, others cite that the fact people have been consuming GM foods for more than a decade now – mostly in the United States – attests to the safety of the technology. But in retaliation, one prominent Austrian scientist believes this study is a sign for us to halt all GM production. He believes that the study represents what is a major threat to human health over the long-term.

There has been some concern as well that nothing will be done about GM foods until there is a major health problem in humans that results. Some opponents of the technology feel that this fertility study won't be taken seriously until we begin to see major problems with human fertility – but by then, it will be too late.

In the study, the offspring were not only fewer but they were smaller as well. The results have been significant enough to warrant further investigation and discussion on the issue although it will probably take much more testing and debate before any practical changes are implemented from the research.

Because GM foods are still thought to provide many benefits, some are taking this study as inconclusive and they believe the results are not concerning enough to warrant removal of GM foods – given the benefits of the technology. Others think that GM foods are like a ticking time bomb, which will eventually cause an international health disaster. They hope to make changes in GM production now before a health problem occurs.

This new study is still a worrying one although results in animals are difficult to apply to humans. It would require more animal testing and human trials to determine if the fertility risk carried through to humans. There would also be issues around the ethical aspects of conducting such a trial, which could limit its effectiveness and applications. For now, it is hoped that we can find out more in terms of how GM foods might impact human fertility, which can ensure human health remains a top priority for the future.

Labelling and Pricing GM Foods
Share Your Story, Join the Discussion or Seek Advice..
This kid told me there was a seat up there next to his pop and that i should have been sat there rather than getting out on the pitch. Really disappointing mate. I thought i had a cracking match there even though we lost 8-0. Disappointed not to have bagged a banger on the freekick i sent into the north end there at the end.
Nani - 7-Dec-16 @ 6:32 PM
Title:
(never shown)
Firstname:
(never shown)
Surname:
(never shown)
Email:
(never shown)
Nickname:
(shown)
Comment:
Validate: