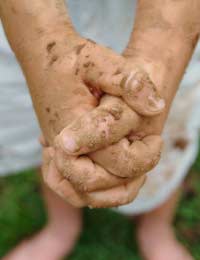 GM food production in developing countries raises a number of issues that are unique to the economic, political and health climate of these nations. In contrast to developed nations, the benefits of GM foods tend to revolve around hunger reduction when it comes to developing parts of the world. The uses vary as well, given that there is generally poor public support for GM foods in Britain in comparison with some of the developing nations that have already embraced GM technology.

GM foods are purported to provide benefits such as food security because they are thought to increase yields, although this belief is a mixed one given that some studies have found the opposite to be true. The idea is that improved yields and resistance to poor weather conditions, disease and pests can ensure a steady, consistent crop, which ultimately improves food security for the developing country.

Although the yields are debatable with regards to GM crops, there is more evidence to suggest that production costs are lower with GM varieties compared to conventional crops. However, the practice may be more idealistic than realistic because new issues such as pest resistance to GM crops have arisen, making the technology even more controversial.

At the very basis of the argument for GM foods is the belief that poverty can be reduced in developing nations if GM crops are grown, produced and accepted in the community. This notion is one that has come under a great deal of debate, namely due to the political issues surrounding poverty and arguments about the best ways to reduce global poverty. Assuming that GM seeds do provide a greater yield and improved resistance to disease, poverty reduction could occur but these points are all ones that have shown mixed results upon study analysis.

The initial costs of GM seeds tend to be higher and the types of farms and workers who do best with these seeds are different than those who are successful with cultivating non-GM crops.

The improved nutritional content is another appealing characteristic in the production of genetically modified foods. GM foods such as the high vitamin A 'golden rice' are thought to reduce malnutrition and help those populations in developing nations who rely on a small number of staple foods. At the same time, attitudes in developing countries towards GM foods varies, which means that public opinion of GM foods needs to be supportive for any use of the technology to truly be successful.

A major controversial aspect of GM crops in developing countries is that they are seen as a way to put huge profits in the hands of the wealthier nations, but at the cost and sacrifice to developing nations.

By using GM seeds, it is argued that developing nations become even more reliant on wealthy nations and, in particular, large corporations. This imbalance of power is one that does not sit well with some members of the public as well as policy makers throughout the world. Others, however, view GM foods as being capable of putting more power in the hands of local farmers because they will control the food production and distribute the foods, thus helping to reduce hunger and crop shortages.

GM food is still controversial in developing nations but others have already embraced the technology. There are clearly a number of issues to resolve before it can be harnessed to its full potential and care must be taken to ensure that each nation has autonomy and the ability to use the technology in a way that allows for self-sufficiency rather than dependence on wealthier nations.

For now though, the debate and research continue, both of which will hopefully provide positive evidence and information to direct GM technology in the most beneficial and appropriate direction.

Weather Resistance and GM Foods
Share Your Story, Join the Discussion or Seek Advice..
hi, i am currently doing work experience at radio free Brighton and decided to do my 10min show on gm crops and weather they should be grown in Sussex. i was wondering if i could have 5mins of your time and phone interview you, preferably today.
lauren - 10-Oct-14 @ 10:42 AM
what impact does this have on individuals and communities
kiara - 8-Jun-11 @ 4:30 PM
Title:
(never shown)
Firstname:
(never shown)
Surname:
(never shown)
Email:
(never shown)
Nickname:
(shown)
Comment:
Validate: