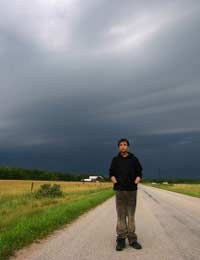 Genetically modified (GM) foods have received a lot of media attention but perhaps the most shocking story was the alleged suicides that were reported to result from GM farming. Stories of poor farmers in India that were pushed to suicide because of pressures related to growing GM cotton were abundant for some time in the media.

A recent review of the allegations, however, has finally put the claims to rest. In reality, suicides among farmers have actually been reduced since the introduction of GM cotton. There are a number of groups who are against GM foods. Two main ones based in New Dheli had fought against GM cotton for many years.

One group in particular cited that GM crops did not live up to the hype. Instead, it was argued that their introduction was disastrous and that the GM crops had performed very poorly.

On top of that, they also argued that the expense of GM foods – GM seeds are typically around forty percent more expensive than their traditional counterparts – led to enormous debts for farmers. When poor performance was factored in, the farmers supposedly were driven to suicide.

Unfortunately, the arguments of these two groups were intensified when a high-ranking public figure in Britain spoke of the tragedy of farmer suicides occurring in India, which he said were a partial result of the poor performance of GM crops.

Maintaining Perspective in the Controversy

One issue was that there had been some significant droughts occurring in India, which had led to the failure of conventional cotton as well as poorer performance from GM cotton. A dodgy market for sales of GM seeds also meant that some farmers had paid top price for fake GM seeds.

In terms of the figures themselves, suicide rates in India have actually been falling since 2002. Some people believe that the overall efficiency of GM crops is responsible for this figure. One report states that for the suicides that do occur in farmers, the main issue is that the government does not provide adequate support to the farmers, both financially and in terms of appropriate training.

Finding a Way Out

When farmers do need to obtain funding for their farms, they have to turn to institutions that lend the money but charge extremely high interest rates. Those farmers who do commit suicide may feel it's the only way to escape all of their challenges.

The Transition to GM Crops

Most people will agree that when GM cotton was introduced, it was not a success at first but this was due to factors such as drought and a lack of proper training for the farmers. Since then, however, it is deemed to be a success and the farmer suicide rates have continued to decline.

GM foods are indeed a controversial subject, which has led to many myths and incorrect claims. It isn't to say that there are not supportive facts against GM crops but with regards to the purported story that GM crops have caused an increase in farmer suicides – it's simply not true.