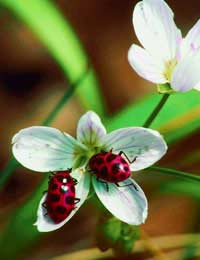 One of the main controversies around GM foods is the potential of these products to affect biodiversity. This is somewhat of a confusing area in the sense that it is a difficult one to assess and the effects tend to be long-term ones, rather than consequences that can be observed and measured in the short-term.

As such, it is challenging because a GM crop may be approved but problems relating to biodiversity will not be evident for some time afterwards. By that time, restoring biodiversity is a difficult if not impossible task.

The concept of biodiversity refers to a wide variety of life forms. A geographic area that is said to have high biodiversity will have many different species that call the land their abode. The variety that exists within even a single species is also an important contributor to biodiversity. In an ecosystem that has a high level of biodiversity, there will be numerous interactions between the different species. These interactions tend to keep the biodiversity high and the range of species similarly broad. When the environment changes or it is disturbed to some extent, if there is a high level of biodiversity, the geographic area can usually withstand some degree of change. In this sense, an area of high biodiversity is generally a resilient one. Many experts will look to the biodiversity of an area to get a sense of the health of that particular ecosystem.

The act of growing crops typically means that wild plants in that farm will be removed. If weeds grow around the crops, it means that the crops will be competing for important and scarce resources such as light, water and the necessary nutrition from the soil. In turn, the farm will be less productive if weeds are left to grow. However, some level of wild plants can be helpful to the farm. If certain wild plants are left to grow, animals may consume them. These animals can then deter other pests on the farm. If a farm is carefully planned out and good growing practices are used, wild plants can exist alongside crops that grow well.

With GM crops, however, they may have 'built-in' pest control or they may negatively affect the health of an animal that consumes the crop.

A concern is whether or not agriculture using GM crops can respect and maintain this important balance that supports a high level of biodiversity. There are a number of ways in which the biodiversity of an ecosystem could be compromised by GM crops. In the first, outcrossing can occur. This refers to a GM crop that passes on new traits to relatives in the wild. However, those relatives might be altered in such a way that they now have a completely new ecological role, causing them to 'out-compete' other species in the ecosystem.

Another way in which GM crops might harm biodiversity relates to the use of only a small number of crop varieties. New characteristics that occur from genetic modification could be so advantageous that only a few crop varieties are used. In turn, there could be a greater number of outbreaks of disease or pests.

Also, any crop that is engineered to be resistant to pests or herbicides can influence biodiversity because it may not only affect the target insect. Instead, it could be harmful to insects that are not targets but still consume the crop. Not only that, but indirectly the GM crop could harm biodiversity through a reduction in the insects that serve as a source of food for another kind of wildlife such as birds.

Thus far, there is some evidence to suggest that GM crops can harm biodiversity. When Monarch butterflies feed on leaves that are covered in pollen from GM corn, their growth was slower and they were more likely to die. Another study that investigated pink bollworm fed on GM cotton found similar results. However, follow-up experiments on Monarch butterflies found that biodiversity was not harmed, indicating that more research needs to be performed. Another study involved aphids that consumed GM potatoes; the food was found to have a detrimental effect on ladybirds that fed on aphids.

Respecting Biodiversity and the Environment

It is no easy task to encourage biotechnological development and progress while still respecting biodiversity and the environment. It is, however, a necessary task that must be done if GM foods are to have any long-term support in Britain and elsewhere in the world. One important step is to obtain a better understanding of the ecology of a specific area prior to planting a GM crop. It is also difficult to create experiments that examine the impact of GM crops on biodiversity but this is a challenge that must be met if biodiversity is to be respected.